Located on Felix Bay at Point Piper in Sydney’s Eastern Suburbs, the Royal Prince Edward Yacht Club was formed in 1922 by a group of keen Sydney Harbour sailors. It is a private yacht club with membership by invitation only.

Members are primarily keelboat sailors and a group of Masters level dinghy enthusiasts. 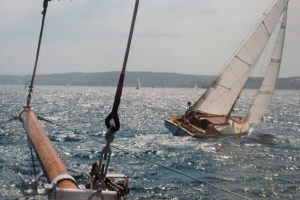