Foundation and the 1920s

The founding meeting was held on August 4, 1922 at the residence of Mr Arthur Muston, Wunulla Road, Point Piper.

Sir Alexander MacCormick was the first Commodore of the Club. Initially, meetings were held in the dining room of the Muston family home, which still stands and remains in the ownership of members of the Muston family, on the shores of Felix Bay. The site on which the clubhouse is located was acquired in 1923 and the hat was passed around the early members to fund the construction of the Clubhouse, completed in July 1924. It was purpose-built as a clubhouse and not a converted residence, as commonly assumed. 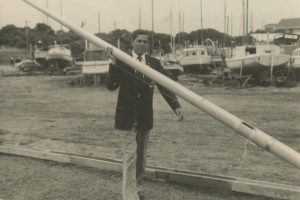 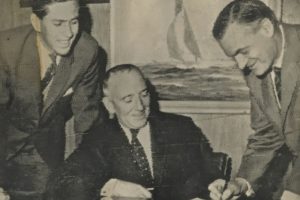 Since it was built, the only changes to the external fabric of the building have been the extension of the kitchen and the addition of a new ladies room with the balcony between them at the rear of the building. This work was completed in 1992 and the portico over the front door added a short time later.

The first race was held on November 18, 1922 for restricted class yachts. The winner was Inez with Gymea second and Nettle third. Races started and finished immediately in front of the clubhouse and courses were arranged so that competing yachts were visible for most of the race.

The Club shared summer Saturday afternoon racing with the Royal Sydney Yacht Squadron (RSYS) and the Royal Prince Alfred Yacht Club (RPAYC), with each club taking turns to conduct the racing. When the RPAYC relocated to Newport, the RSYS took over their race days, resulting in the current 2 to 1 arrangement between RSYS and RPEYC.

The first meeting was held in the Clubhouse on July 15, 1924. The first social function to be held at the RPEYC was a “house Warming” dance on October 28, 1924. Subsequent dances were held but after neighbour complaints, these events were restricted to Friday evenings till midnight. On one occasion, the dancing nearly caused the verandah to collapse. It was quickly supported by the “Toms”, which are still present today.

When one of the original members, L. J. Davies was overseas for a period of time, it was reported that a team of RPEYC members removed the billiard table from his office. It was installed in the Club’s protest room and promptly refelted. On Mr Davies return, he complimented fellow members on their selection of an excellent table. He noted that it was similar to his own, with a plaque on one end. The plaque read “Presented by L. J. Davies Esq. 1924”.

The original Burgee was adopted on October 2, 1925 and is framed alongside the new burgee with the royal emblem.

The original jetty was constructed in 1927. 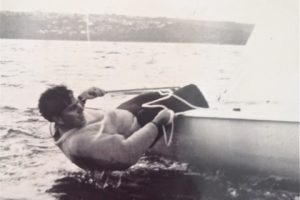 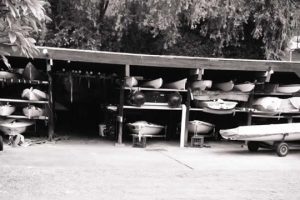 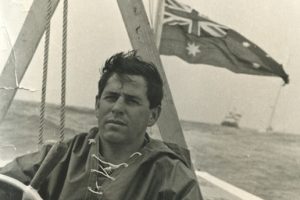 From at least 1930 until 1947, a Miss Pile leased the clubhouse for a kindergarten.

The flat back lawn was used as a four rink bowling green in 1931. In 1936, the question of converting the back lawn into a tennis court was discussed but this never eventuated.

In 1931, the estate of Lebbeus Hordern agreed to lend the model of the motor yacht “Bronze Wing” to the club on the condition that it be adequately insured. This exquisite model is displayed in the entrance to the clubhouse.

The “Wallsend” bell was donated by Mr Stanley Giddy in 1934. Recently, after searching for a ship by that name, some members discovered that the bell was the smoko bell from the Wallsend coal mine.

The Royal prefix was added to the club’s name after the royal warrant was granted in August 1935 by King George V. 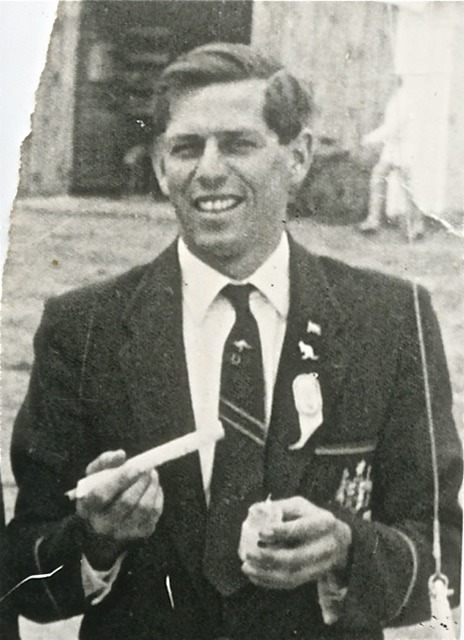 In 1940, crew shortages and Naval control of the harbour brought yacht racing to a standstill. Racing commenced immediately after the war was over.

At the general meeting in 1947, the proposed liquor license for the club met some opposition, primarily on the basis that the club might change from a sailing to a drinking club. An extraordinary general meeting called in November accepted the sub-committee’s report that a license was necessary for the progress of the club. The bar opened in February 1948.

Eighteen footers racing on the harbour would be towed into the beach for refloating after capsizing. The RPEYC provided a tot of rum to sailors to aid circulation. They called it the “block and tackle” rum – one nip and you would lose your block, two nips and you would tackle anyone.

The first race for lady skippers was held on March 12, 1950 and was wholly a club affair. Thereafter all other clubs were invited.

Extensive repairs and additions to the jetty were completed in 1952.

A set of teak steps were given to the club by Howard Smith Limited in 1937, however due to an opinion that they were impractical, the steps were not installed until 1953.

In 1954, Vice Commodore Dr. Hamilton Kirkland instigated the building of a Finn, the “Prince Edward”, as the club’s contribution to the state’s sailing fraternity for the Melbourne Olympics. Mr Colin Ryrie and Mr Norman Longworth were selected in the final six for trials for Olympic Selection. Colin Ryrie went on to represent Australia in Melbourne.

The Bowral Golf Weekend was first held in July 1957.

Wednesday afternoon racing was first introduced to SydneyHarbour by the RPEYC in the summer of 1961. The club continues to run this popular racing series.

At the 1964 Tokyo Olympic games, Colin Ryrie represented Australia in the Finn Class.

During 1988-1989, extensions were made to the club’s kitchen, back entrance and upstairs bathrooms. Previously the only men’s bathroom was downstairs, although the men would often use the upstairs “Ladies” when women were not in the club.

The Admirals Trophy was won by the RPEYC each year since it began in 1987 until 1995. The regatta is run every year by R.A.N.S.A. in October. All clubs around the harbour nominate teams for the Admirals Trophy, being an intricate silver ship. It is said that the commodore who loses the Admirals Trophy will have his head mounted in the Perspex casing that holds the trophy.

RANSA changed the rules for the Admirals Trophy circa 1994-1995 and RPEYC lost the trophy.

In 1995, family races followed by a barbeque were introduced on the last Sunday of each month.

At the Annual General Meeting in August 1996, a new constitution was accepted, allowing women to become full members and non-committee members to be on sub-committees.

The contest arose when the Royal Yacht Club of Victoria challenged the two Sydney clubs to race their best representative against Alfred Gollin’s “Sayonara” off Sydney heads in 1904. When Sayonara defeated the Sydney representative “Bona”, Mr Gollin presented the Cup as a perpetual challenge trophy for contests between Royal yacht clubs in Australia and New Zealand.

In 1950, the Deed of Gift was amended to permit a challenge from the Royal Yacht Club of Tasmania and to specify 8-metre class yachts as challengers, as there were a number of these yachts in Australia.

The Dragon Class yacht was selected in 1983 due to size, classic lines and suitability for match racing. In 1990 however, it became apparent that interest was starting to wane due to the cost of transporting Dragon Class yachts around Australia. The Royal Yacht Club of Tasmania instigated another change to the Deed of Gift, allowing yachts to be chartered in the defending state.

In 1996, Neville Whittey and Peter MacCallum won the Cup, which had been held for many years by the Royal Yacht Club of Tasmania. Due to the size of the trophy, a special cabinet had to be constructed in the RPEYC entrance to house the cup. Neville Whittey successfully defended the Sayonara Cup in March 1997.

Sean Kirkjean successfully defended the challenge for RPEYC but the cup was lost back to Tasmania in 2004.

The RPEYC conducted racing on “Charlie” (Course C) at the Sydney Olympic Games.

In February 2000, the Sayonara Cup was retained by RPEYC.

In May 2000, the RPEYC team won the annual NSW Laser team race held on Sydney Harbour

In 2001, the RPEYC hosted the 29er World Championships, plus conducted racing on a course for the World Youth Championships.